A+ A-
Print Email
A disturbing and viral video has surfaced on social media out of the street in Barangay Perez, Meycauayan, Bulacan.

In the video, you can see two teens dragging and punching a female student in the said locality. 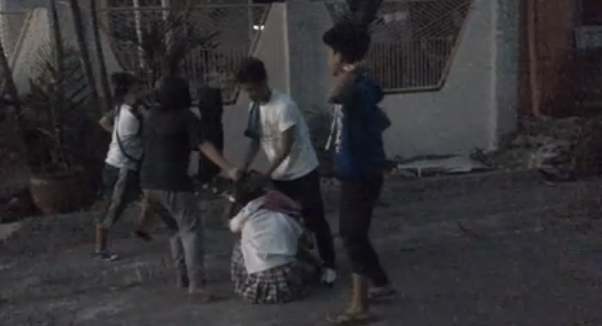 It happened last Tuesday, March 10, 2015, according to Mark Anthony Gueruela, the brother of the victim, who is making an appeal for justice from the authorities after her graduating sister feared for life to go to school after the mauling incident. Mark said that one of the attackers was her sister's school mate.

As shown in video, the student in uniform walks with the female perpetrator for a few moments before she's approached by the male aggressor. Mark revealed that names of attackers as John Bernard Bustos and Princess Oxciano.

He said that her sister sustained bruises and almost broke her leg from dragging.