A+ A-
Print Email
The Miss Philippines-Earth 2014 Coronation Night will be held on Sunday, May 11, 2014, at the Mall of Asia Arena in Pasay City, delayed telecast on ABS-CBN and live blog on Rappler. 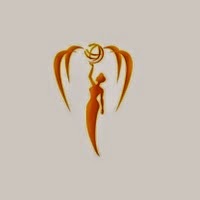 The pageant’s 14th anniversary will be a look back to when it first started in 2000 to how it has evolved to be one of the most anticipated and watched beauty pageants in the Philippines.

The show will feature some of the most talented individuals in the different creative industries.

Miss Philippines Earth 2013 and Miss Earth 2013 Top 8 Finalist Angelee Claudett delos Reyes will crown her successor at the end of the event.

A total of 49 entrants from all over the country and abroad are vying for the crown. They were formally presented to the press on Earth Day last April 22 at the Solaire Resort poolside.

The 2014 Miss Philippines-Earth coronation night will be staged 7 p.m., and will be televised by ABS-CBN on the same evening.