A+ A-
Print Email
Pinoy Big Brother All In is allegedly in the middle of a scandalous acts by two housemates after a picture of Cess Visitacion and Axel Torres doing intimate acts inside famous house is circulating online. 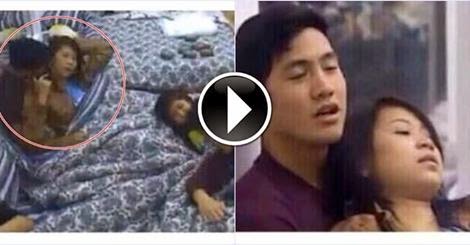 Cess Visitacion earned irate from Twitter and Facebook users because of her being "cess-mosa" and obvious crush on Axel, the hottie basketball player from De La Salle.

Cess was forced evicted from the house after Big Brother confirmed Cess breaking house rules. She committed a total of five violations, namely those regarding questions about the outside, removing their lapel mics, whispering, moving house furniture, and writing secret messages.

The image above is circulating online with a caption