A+ A-
Print Email
A graduating Physical Therapy student at the University of Santo Tomas (UST) died Sunday afternoon, October 27, after he fell from the rooftop of a high-rise condominium building in Malate, Manila, an initial report said. 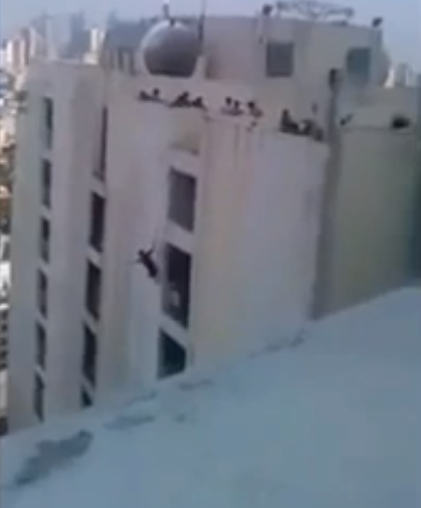 The video which gone viral on social media shows someone who took out a camera from a different building and filmed a man jumping to his death from a rooftop.

Reports said that the victim was identified as Leonard Joseph Torres, a 19-year old Physical Therapy student of the UST. He fell from the 27th floor of Kassel Condominium located along Taft Avenue and Vito Cruz Street in Malate, Manila at 1:45 pm, Sunday.

Leonard Joseph Torres allegedly left a suicide note expressing his resentment against her parents who forced him to take Physical Therapy course.

“Im not a P.T. All those days that I tried. I failed I thought that it would get better but it didn’t. It get worst. I was giving up, until today where I can’t do anything. Anymore. I give up,” part of the suicide note from the victim stated.

The victim fell at the rectifying power of Light Rail Transit (LRT) at the Vito Cruz station and was killed on the spot.