A+ A-
Print Email
Lolong, the world’s largest saltwater crocodile ever caught, died from a mystery illness on Sunday which prompted Philippine veterinarians to conduct an autopsy after concerns that it died of mistreatments. 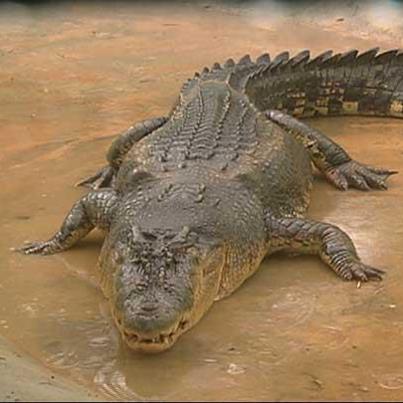 After being caught in the Agusan Marsh in September last year, Lolong, who measured 6.17 metres (20.24 feet), has been confined in a small pen in Bunawan City where he had been regularly on display for tourists.

"We want to find out the real cause of death so there will be no misinformation and speculation," Mundita Lim, head of the Protected Areas and Wildlife Bureau, told AFP, explaining why the autopsy was carried out.

However, during the autopsy, the veterinarians found no traces of foreign material inside Lolong, debunking press reports that it died after eating a plastic and nylon cord. The full results of the autopsy will be known by the end of the week and hopefully, it will state something that caused the huge reptile’s surprising death. Usually, saltwater crocs can live up to 100 years in the wild. Lolong was just about 60.

People for the Ethical Treatment of Animals (PETA) blamed extreme stress for Lolong's death, pointing out that large crocodiles were used to roaming vast ranges in its natural habitat. "Lolong suffered and died because people wanted to make money off his captivity," PETA said in a statement.

Lim didn’t want to comment on PETA’s claim until the results of the autopsy is released.