A+ A-
Print Email
Japan plans to donate patrol boats which cost $11 million each to the Philippines to boost efforts in monitoring China’s maritime activity in disputed waters, according to reports from a newspaper.

The Japanese government hopes to sign the deal early next year which includes newly built patrol vessels that cost more than a billion yen ($11 million), the Nikkei business daily reported on Monday. The number of vessels that will be donated was not specified. 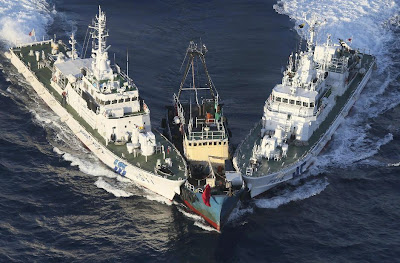 Both countries are locked in separate territorial disputes with China. Japan’s dispute was over a group of uninhabited islands in the East China Sea called Senkakus (Japan) or Diaoyus (China). The Philippines meanwhile, disputes with China over claims on Spratly islands and Scarborough Shoal.

Apart from the vessels, the Japan coastguard also plans to train Philippine and Vietnamese personnel as part of additional efforts to boost security cooperation. The fiscal 2013 budget for the vessels hasn’t been announced while the training costs have been allotted a 2.5 billion yen in the budget draft.

Meanwhile, in an effort to boost surveillance in the Senkakus, Japan’s coastguard said that they are planning to create a special unit composed of 10 new large patrol boats.