A+ A-
Print Email
The palace is once again angered by the release of the photos of Kate Middleton, Duchess of Cambridge, on tabloid Italian magazine, Chi.

The magazine published photos of the Duke and Duchess of Cambridge while on vacation in the Caribbean island of Mustique. Kate is shown in a blue bikini, with her naturally curly hair down, and a barely noticeable baby bump. 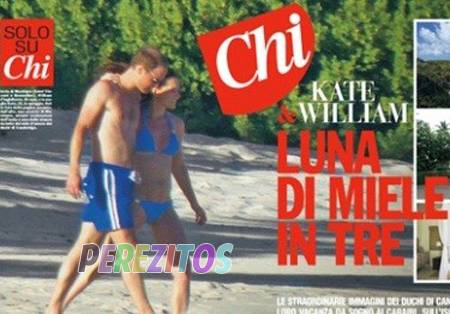 A spokeswoman from St. James Palace revealed on Tuesday, “We are disappointed that photographs of the duke and duchess on a private holiday look likely to be published overseas. This is a clear breach of the couple’s right to privacy.” 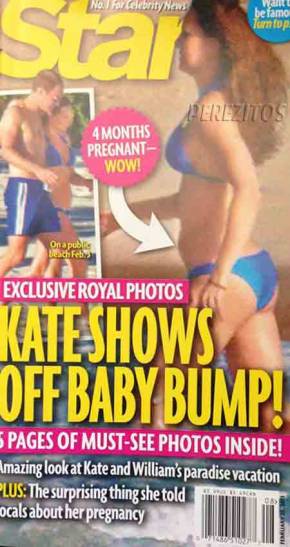 However, Alfonso Signorini, the editor of said magazine, defended his claim. He told People Magazine, “The photographs can hardly be considered an invasion of privacy when the subjects are public figures in a public place. What our readers will see is simply a moment of joyful relaxation being enjoyed by a smiling, happy couple. Where’s the scandal in that?”

Apart from Chi, the photographs have also been published on Women’s Day. Editor Fiona Connolly defended their move by stating, “There is no photographer hiding in the bushes and she is not inside a private villa.”

In 2012, Chi published a 26-page spread of Middleton sunbathing nude -- taken with a long lens on private property -- the couple's royal press secretary, Miguel Head, expressed his disdain for the tabloid's ethical practices.