A+ A-
Print Email
At around 9:00 p.m. today, July 10, 2012, ABS-CBN Channel 2 has confirmed that comedy king Dolphy Quizon died following long illness according to his spouse and singer Zsa Zsa Padilla. He was 83 years old. 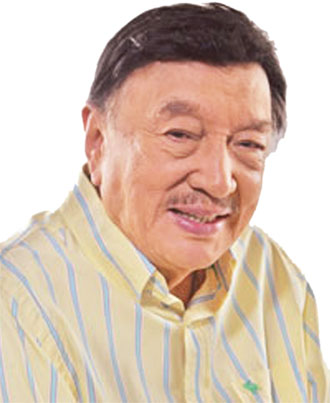 Just as he is about to reach his 84th birthday on the 25th of this month, a confirmed report said that the King of Comedy died at 8:34 p.m.

Born on July 25, 1928, Rodolfo Vera Quizon was diagnosed in 2009 with chronic obstructive pulmonary disease. As a result, his public appearances lessened, and was frequently admitted to the hospital.

According to reports, his cause of death was noted as multiple organ failure, secondary to complications brought about by severe pneumonia, Chronic Obstructive Pulmonary Disease (COPD), and acute renal failure.

His gentle but quirky humour made him a national treasure for generations of radio listeners, and movie and TV viewers.