Is CJ Renato Corona guilty or not guilty?

A+ A-
Print Email
The impeachment trial of the Philippines' chief justice, CJ Renato Corona, was ended Monday, May 28 (Day 43), bringing down the curtain on more than four months of divisive political drama that has gripped the nation. 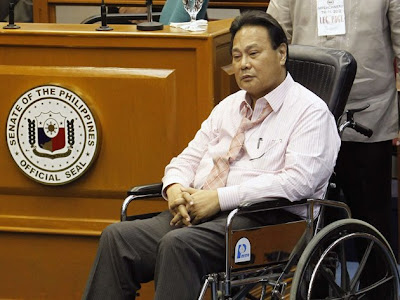 Is CJ Renato Corona guilty or not guilty?

Corona was impeached by Aquino's allies in the House of Representatives in December, which then sent the complaint to the Senate for resolution.

Corona however was backed by his peers in the judiciary amid warnings the president may have violated constitutional provisions in his zeal to remove the chief justice.

In his historic appearance in his own impeachment trial last May 22 delivering a three-hour long opening statement to answer the allegations hurled against him, Corona walked out after giving his statement, angering the presiding officer and Senate President Juan Ponce Enrile.