Girl in Sexy Shorts Poses in Front of Cross

A+ A-
Print Email
Photo of woman in skimpy shorts "parodying" Jesus Christ's cruxifixion sparks outrage. The photo is reportedly taken in Angeles City, Pampanga. It became viral on the social media network just in time for Holy Week. 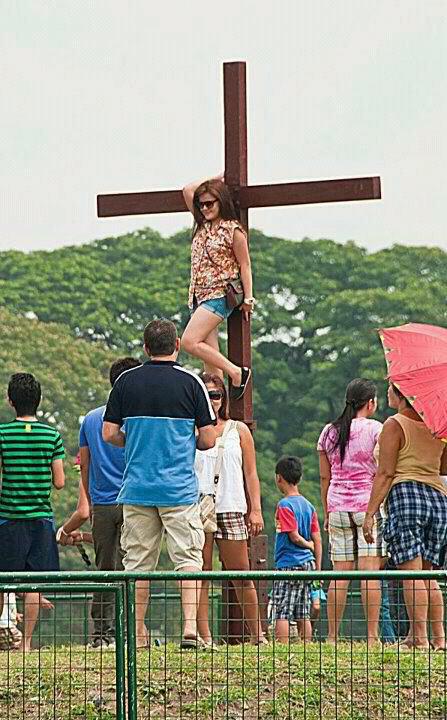 Internet users from the Philippines called the woman “a disgrace” for “disrespecting their religion” after seeing the photo. Radio host Mo Twister said on Twitter that “this girl is pretty stupid. I really hope she isn’t Filipino.”

In a report of ABS-CBN, "organizers of the senakulo in Angeles City admitted that they had a hard time controlling the crowd and were unable to monitor what some visitors were doing to the religious symbols."

What is your take on this girl?