A+ A-
Print Email
Expect on this page the UAAP Season 74 games schedule, statistics, scores and updates. The UAAP Season 74 serves as the academic year 2011–2012 season of the University Athletic Association of the Philippines. The opening ceremony of this season will be held on July 9, 2011. 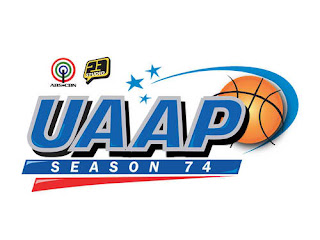 Below is the UAAP Season 74 Basketball Men Tournament 1st Round Eliminations, in courtesy of adlsu.com. 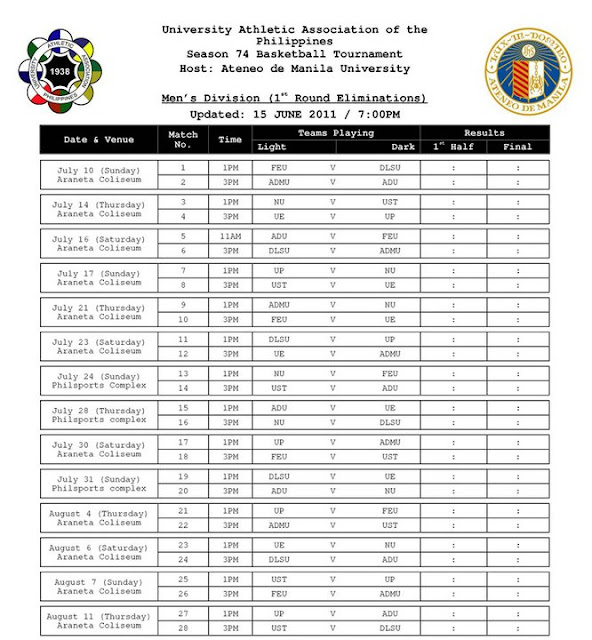 Hence, July 10 is the first day of the basketball tournament to be held at the Araneta Coliseum. At 1:00 pm, FEU vs DLSU basketball game will take place and at 3:00 pm, ADMU vs. AdU.