A+ A-
Print Email
ABS-CBN young actor AJ Perez, Antonello Joseph Sarte Perez in real name, died in a car accident in the early morning of April 17, Sunday. According to sources, AJ Perez and 5 companions were on their way home from Dagupan City Bangus Festival when their car collided with a provincial passenger bus. 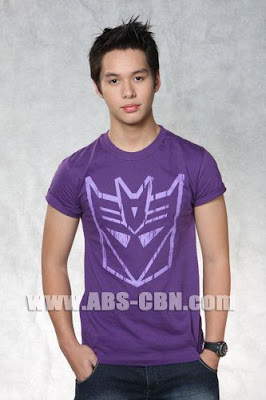 Per initial police report, the fatal car accident happened at around 12 a.m. in McArthur Highway in Barangay San Julian, Moncada in Tarlac. The 18 year-old Kapamilya actor was declared dead on arrival at Paniqui Tarlac hospital while his dad Gerardo Perez, driver Christopher Bautista and 3 other companions namely Christina Ferrer, Edwin Patelos and Danny Linunga survived the road mishap and was rushed to the Paniqui Tarlac hospital for treatment.

Diaz added that the truck hit the side of the van where the actor was resting.

Here is AJ’s last tweet which he posted around 11:00 p.m. Saturday night: “On the way home already from Dagupan. Long drive ahead.. Thanks to everybody who watched...”