A+ A-
Print Email
Wanna hear a chemistry joke about H2O? At first, I didn't get this but then it's funny. Wikipedia helped me to understand the story. It is one I’d not heard before. I hope you understand this joke. 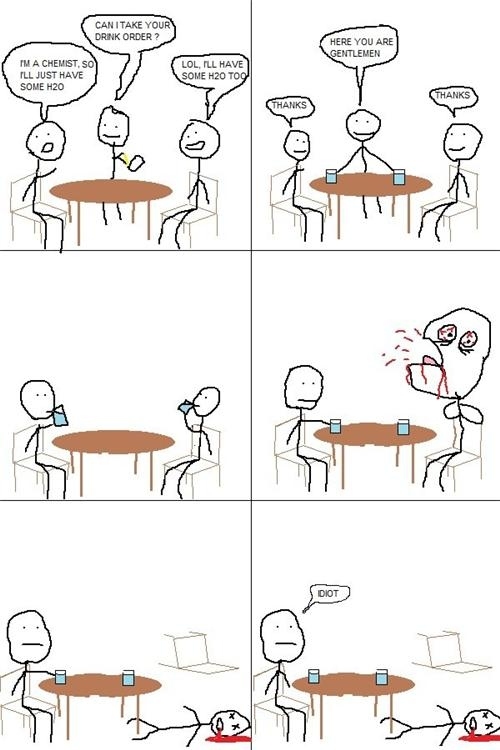 Well, according to Wikipedia, hydrogen peroxide (H2O2) is an oxidizer commonly used as a bleach. It is the simplest peroxide (a compound with an oxygen-oxygen single bond). Hydrogen peroxide is a clear liquid, slightly more viscous than water, that appears colorless in dilute solution. It is used as a disinfectant, antiseptic, oxidizer, and in rocketry as a propellant. The oxidizing capacity of hydrogen peroxide is so strong that it is considered a highly reactive oxygen species.