A+ A-
Print Email
Watch the Philippines Azkals vs Palestine March 23 match live stream. The Azkals face Palestine on Wednesday, March 23, 2011 at 5pm, as one of the games for their final group match in the event participated in by emerging football nations in Asia. 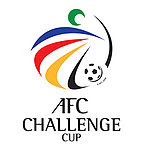 KEEP refreshing for the LIVE feed.

FULL TIME: Philippines 0-0 Palestine (To qualify now, the Azkals need to beat Bangladesh as they shake hands before leaving the field - Bangladesh will play Myanmar now)

(90:00+) #pinoyfootball Guirado shoots instead of crossing from the right. Now a late freekick to Palestine in the Azkals area

(89:00) Palestine commit another foul as the clock winds down. Remember another draw means the Azkals need to beat Bangladesh on Friday

(85:00) Chieffy cuts inside and shoots but straight at the goalkeeper. It's anyone's game as we go into the last 5mins.

(82:00) Palestine throw deep into the #Azkals half but Chieffy skilfully clears

(76:00) Guirado dispossessed and Palestine break. Through ball almost makes it but Gier makes the challenge.

(72:00) through ball from sub Atef for Murad,but Neil moves out of his line to save shot

(47:00) Chieffy brought down and the freekick is swung in. Guirado heads over but better start from the Azkals

(46:00) players back on the pitch and the Azkals huddle together. Second half begins. Come on Azkals!!

(47:00) nothing from the corner palestine attempts from far but way of goal ok its half time, 15 min break. HALFTIME still 0-0

(36:00) long kick by palestine almost went it thank God hit goal post niel leaped up to post and he is now down oh no (i think niel jumped so high and hit the post maybe hurt his fingers or hand phil medic not checking)

(31:00) Jonsson fouls on the half way line, Palestine freekick. Chieffy steals and is brought down outside the box. Azkals freekick. still 0-0

(30:00) Freekick to the Azkals 40 yards out Chieffy takes but again it's cleared. Second cross too long and Palestine have a throw.


(28:00) Ian chests down Anton's long pass at the edge of area, plenty of space bt no one there to shoot

(26:00) Greatwich gives away a freekick 30 yards out. It's further out but Palestine shoot. Hits the wall and the rebound goes over. still 0-0

(24:00) foul chiefy against much taller palestinian

(19:20) Palestine hit the bar from the corner but it's cleared away. As you were, another corner!

(19:00) Lucena loses the ball and Palestine break. Right winger takes it past a couple of men but his shot is deflected. Corner

(18:00) 15 minutes in and no-one's had a clear chance. The teams probing each others' defences but both standing firm.

(17:00) Guirado wins a corner for the Azkals who are fighting for every ball. It's played in by Chieffy but Palestine clear

(10:00) the Azkals are passing around well and Palestine seem to be looking for the counter attack. Very even first ten minutes. still 0-0

(03:00) Azkals have most of the ball first 2 mins,but Palestine earns 1st corner

(02:00) corner kick for Pal but defense cleared it

(4:59pm) handshakes done and they're on the pitch ready to start. 1 minute silence for japan and now KICK OFF!! COME ON #Azkals !!!

(4:58pm) Azkals huddle to pray on the field pray also every1 we need to win

(4:54pm) flags are out, players are coming out the tunnel, national anthems being played, then game on

(4:40pm) Azkals have gone back for the last words from coach weiss and manager palami. only a few mins til kickoff.

(2:30pm) Azkals leaving hotel in a few minutes. all pumped up to play Palestine.

(2:10pm) Team lunch done, they are leaving hotel for stadium in about 1 hr

According to Malaya news, they need at least two wins to secure a slot in next year’s final tournament, which will dangle one spot to the 2015 Asian Cup, the continent’s centerpiece event, in Australia.

We will embed a live stream or coverage here of the game between Palestine vs Azkals. If no available live streaming, then we will put video replay available from a third-party sources and/or put live coverage updates from Twitter accounts of reliable sports writers.

So keep updated by "LIKING" us on Facebook, subscribing via email and/or downloading our toolbar.