A+ A-
Print Email
"Boracay Scandal 2011" or "Foreigners in Boracay New Year 2011 Scandal" have surfaced in the TV news and in the Internet shaking peaceful and pleasant minds of the people in the country. ABS-CBN TV Patrol newscasters made this a big deal as they reported this on their January 5, 2011 news schedule. According to them, their own news team captured videos of few couples doing scandalous acts.


Several comments against some statements of the news are sprouting like mushrooms in the Youtube website. You can see a snapshot of few comments shown below. 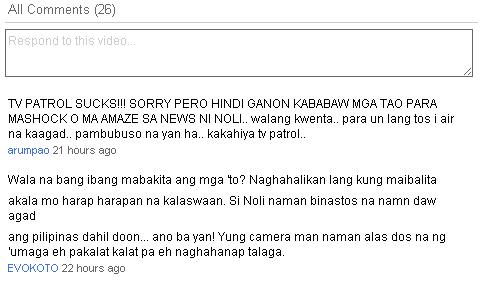 To view the rest of the comments, please click here.